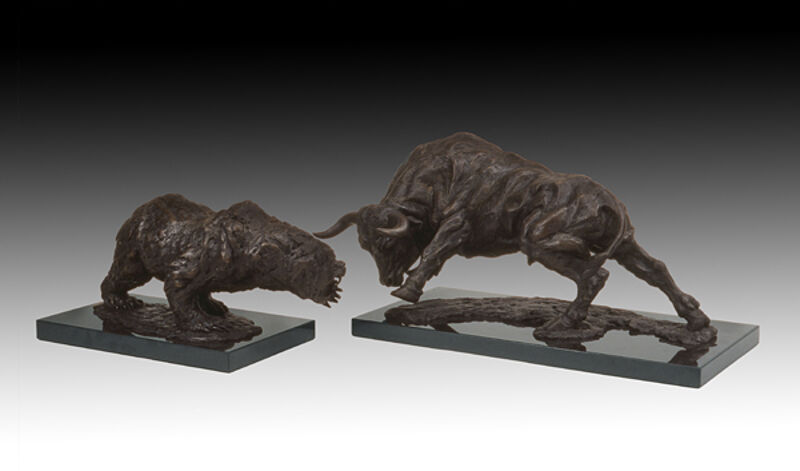 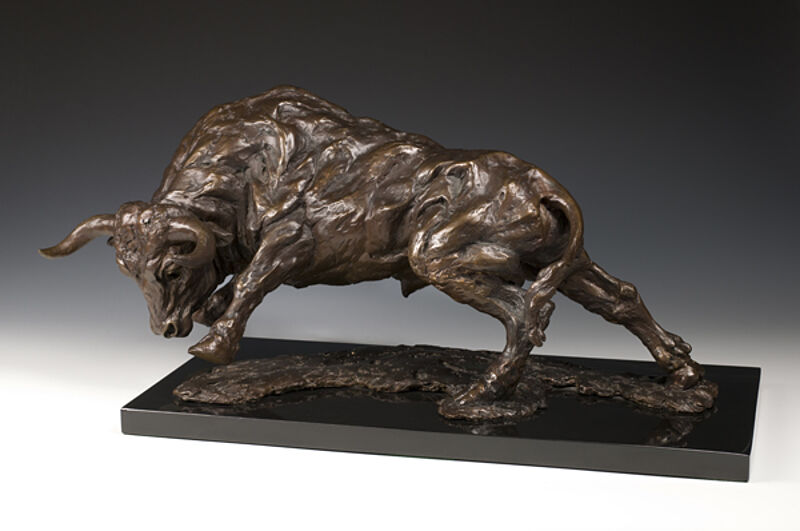 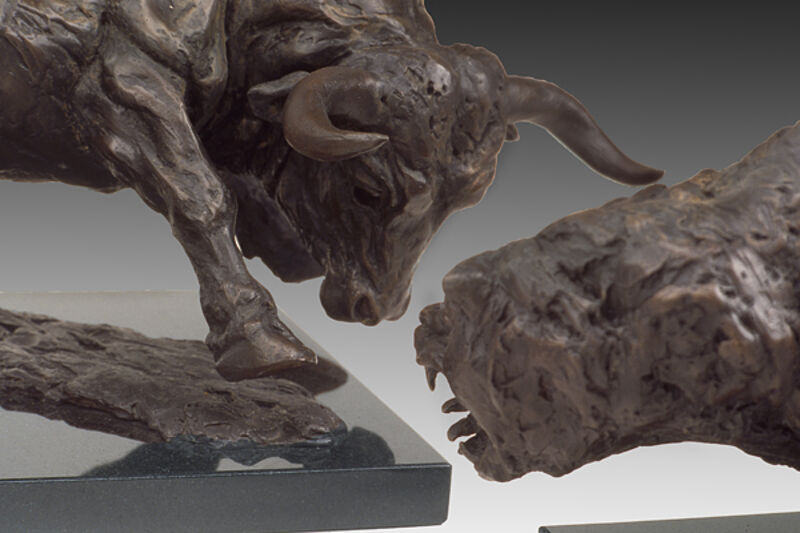 The bull and the bear symbolically represent the adversarial points of view in the securities and commodities markets. These suggestive symbols are derived from the way the two animals attack. The bear strikes by sweeping his paws downward while the bull attacks by tossing his horns upward. The downward strike of the bear symbolizes falling prices while the upward thrust of the bull’s horns implies higher prices.

The bull, a lethal wild animal, traditionally symbolized the masculine principal in nature, the icon of male procreative strength. At maturity a bull stands approximately five feet at the shoulder and can weigh as much as 2000 pounds. The bear, a North American grizzly, is impulsive and unpredictable and probably the most dangerous animal on the continent. Its name, grizzly, refers the white hairs that grow in their brown coats giving them a grizzled look. The adult male grizzly reaches between three and four feet at the shoulder and generally weighs 500-800 pounds. It is the ultimate wildlife icon and a symbol o determination, supernatural power, greed and carnal appetite.

Both the bull and the bear have large muscled humps over their shoulders. However, in the bull this large characteristic hump, called the morillo or tossing muscle swells when it is enraged. This morillo muscle empowers the bull to toss both a horse and his rider together. Over a short distance, the bull and bear can out run a racehorse and an attack by each have the speed and power of a freight train.

In Bull vs. Bear, the adversaries have circled. The bull is about to land with its full force and gore the bear. The bear, which can kill a cow with a single blow, is angry and poised to strike. The rough modeling style is used to convey the power and immediacy of these two forces.

Which force will prevail?