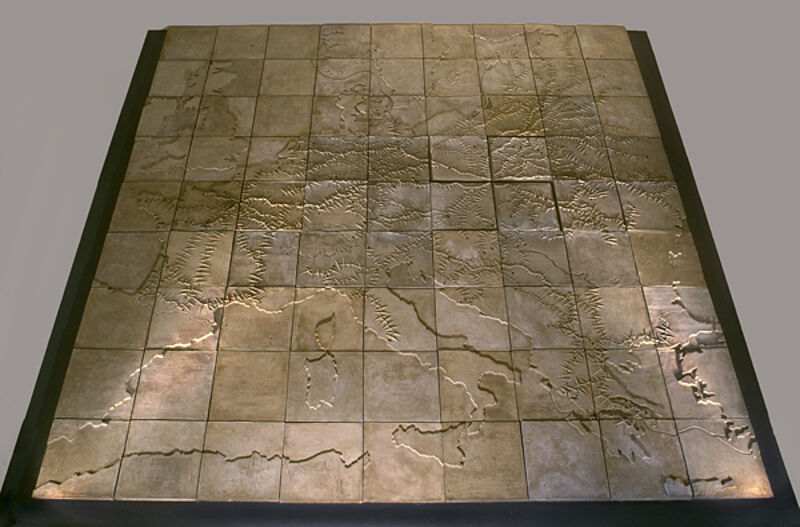 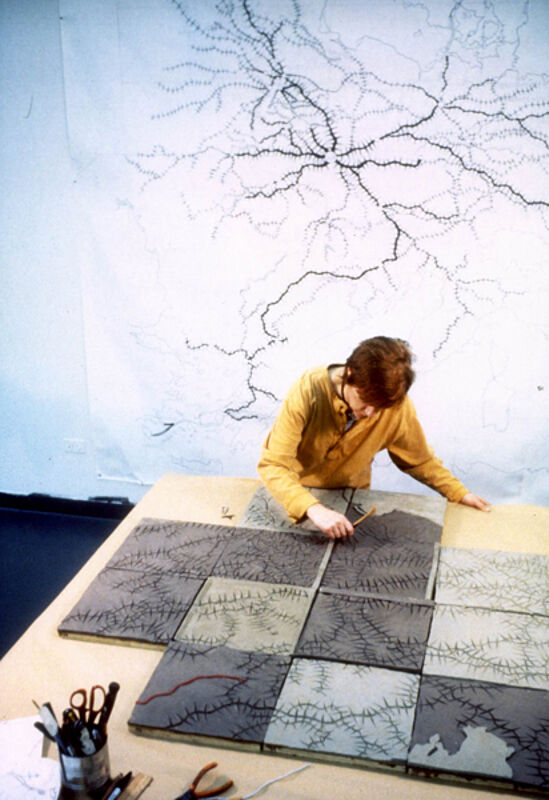 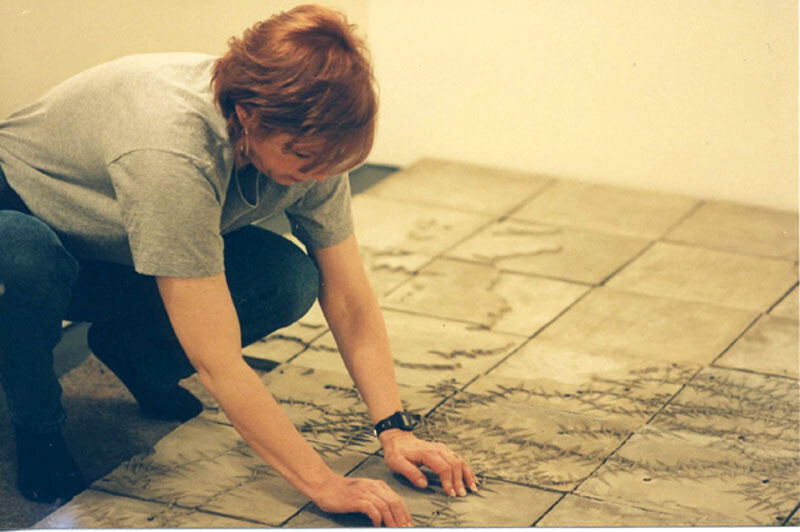 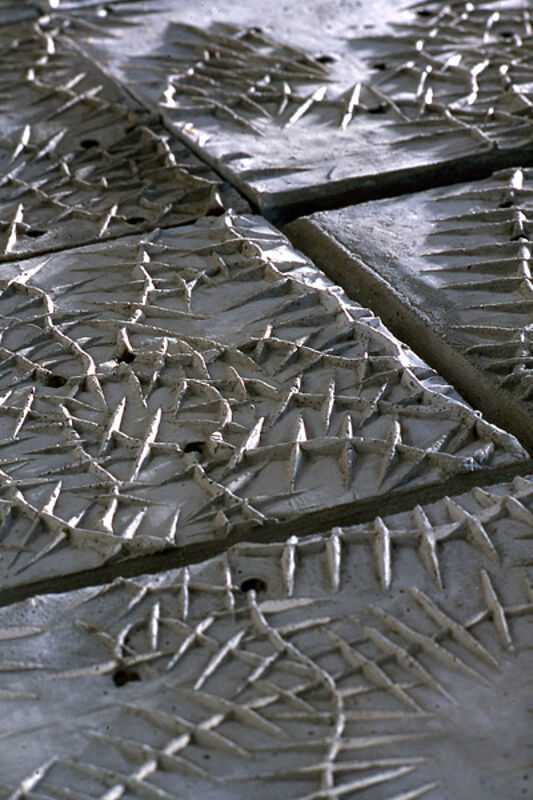 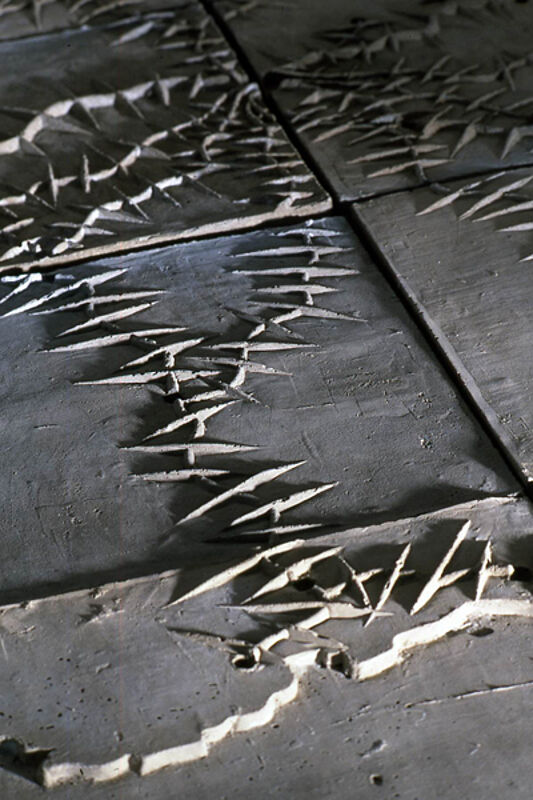 Tectonics, or structural elements of history were used to create this work. 4444 is a 9”x9” floor piece, consisting of 81 cast cement tiles forming a map of Central Europe during World War II. It explores the system of mass-killing and pervasive evil during the Holocaust.

The dominant element of the work is the system of railroad tracks, which served as the essential conduit for the extermination process, and is a metaphor for German efficiency. Represented as thorny protrusions, the tracks are the major textural feature. The numbers in the title suggest a mathematical system as well as tattoos, the year 1944, and the the number of tracks that lead to the ramps at Auschwitz. Auschwitz is symbolized as the intersection of the swastika formed by beveled tile edges.

The intent of 4444 is conveyed through the use of map imagery, metaphors, viewer-object orientation and a conscious choice of materials.